What To Do In Calgary

Our first full day in Canada was spent exploring Alberta’s largest city of Calgary. Calgary is probably best known for its annual rodeo the Calgary Stampede. Since we were traveling to the town at the end of August, we had missed the shindig and met the question of What to Do In Calgary?

We had arrived in Calgary late Thursday night and since we wouldn’t get any use out of a rental car yet that evening, we opted to stay at a hotel close to the airport that provided a shuttle. I had read great reviews of the Best Western Premier Freeport Inn and Suites Calgary and it didn’t disappoint. Great clean place to sleep that provided transportation to and from YYC and an amazing breakfast of made-to-order omelettes.

As I had mentioned in my original post, this vacation was a trip to celebrate my parent’s 30th wedding anniversary. They had went to Calgary on their honeymoon and one of the original stops had been to the Calgary Zoo. We decided it would be a great place to return to and see how much had changed. 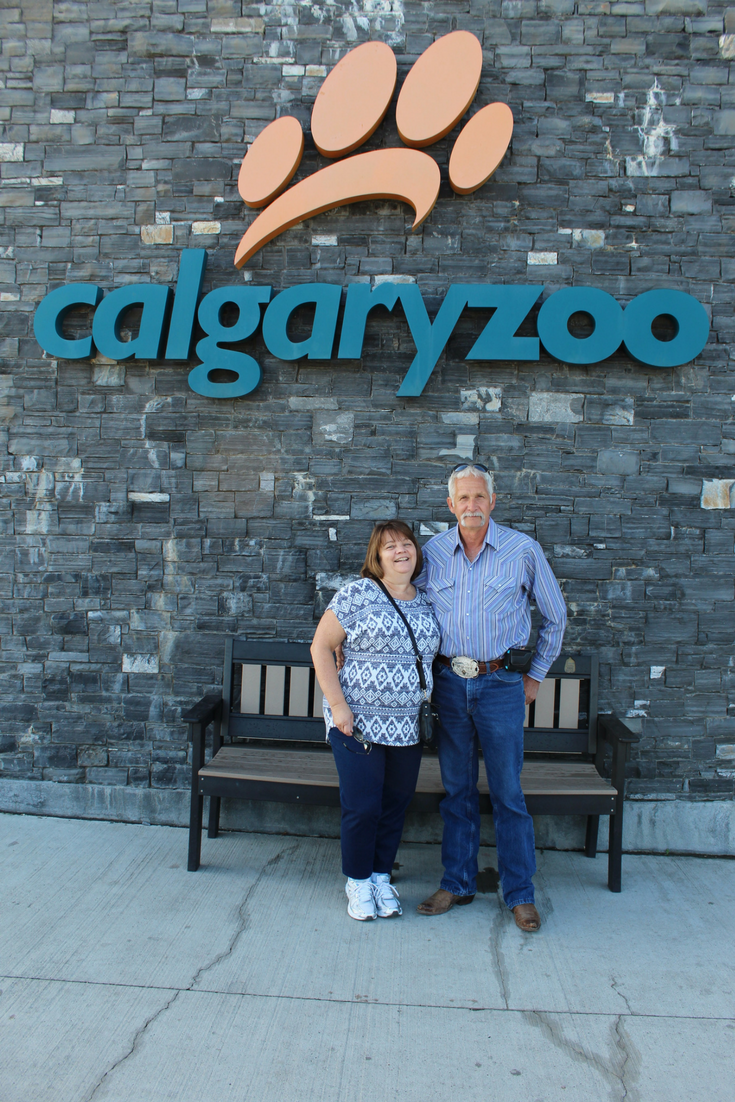 The Calgary Zoo is situated along the Bow River, with a section of the zoo being on an island. The displays are divided according to regions like “Destination Africa” or “Canadian Wilds” where we saw these guys, a couple Big Horn Sheep. 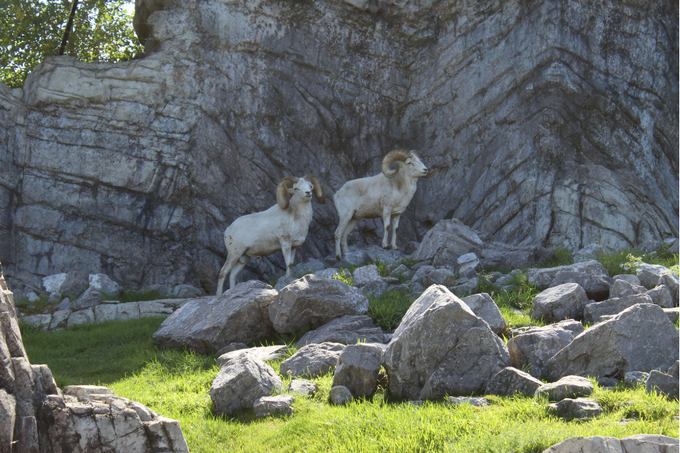 And a trip to the zoo wouldn’t be complete without some ice cream. Right Dad? 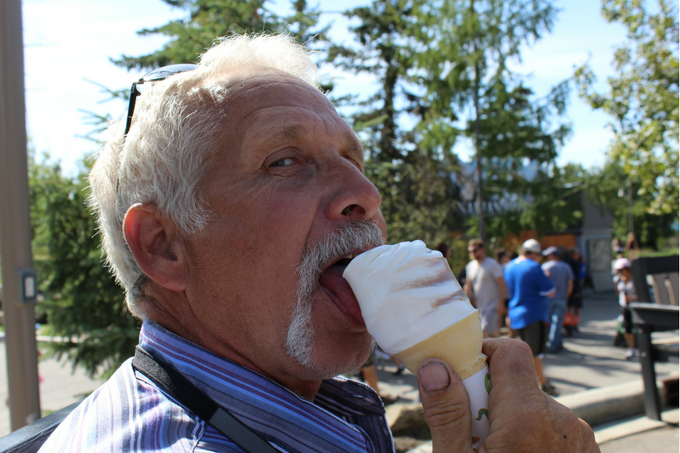 Next up on the list of What To Do In Calgary, was a visit to the Prince’s Island Park near Downtown Calgary. Just like its name implies this is a park situated on an island surrounded by the Bow River running through downtown Calgary. 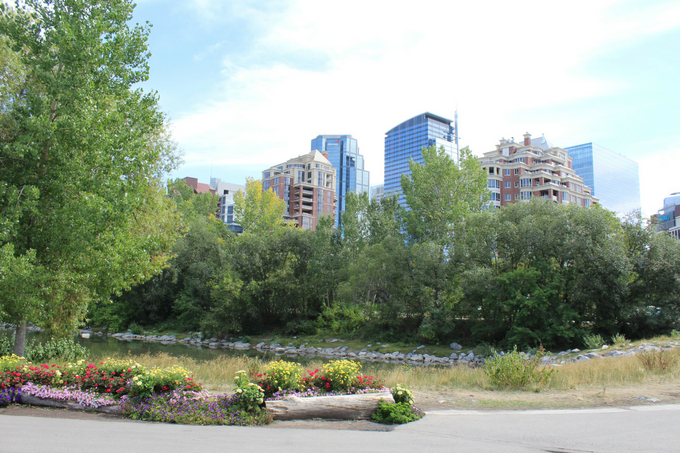 Being that it was a beautiful day, the park was fairly busy with people and pets enjoying the outdoors. Prince’s Island Park is home to playgrounds, picnic tables, a restaurant, outdoor concert facilities, views of Downtown Calgary, and amazing flowers. 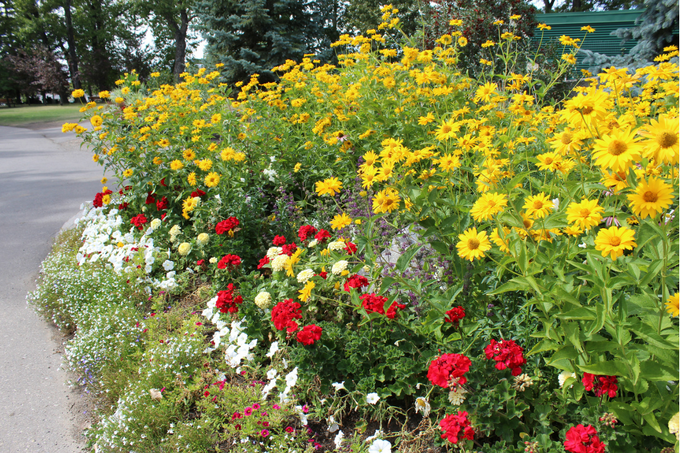 As I mentioned, the park is surrounded by the Bow River that flows into town from the mountains. Many people take the time just to find a bench and watch the river flow by. 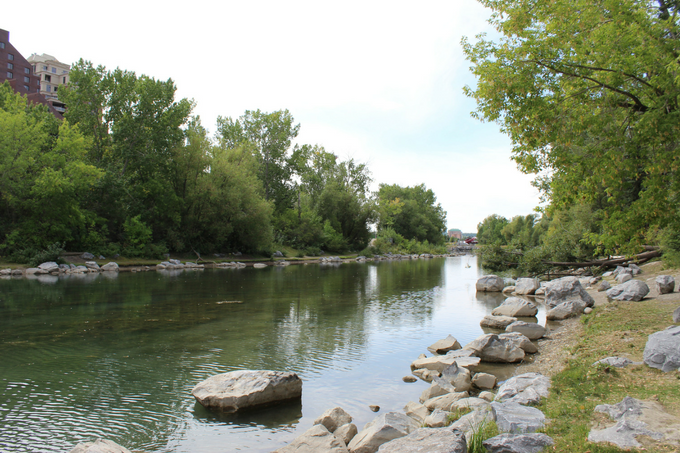 Towards the east side of the island is the Peace Bridge. A bright cherry red pedestrian and bike bridge that connects the North side of Calgary to Downtown. It’s a great place to grab some Instagram worthy pics of the park and surrounding buildings. 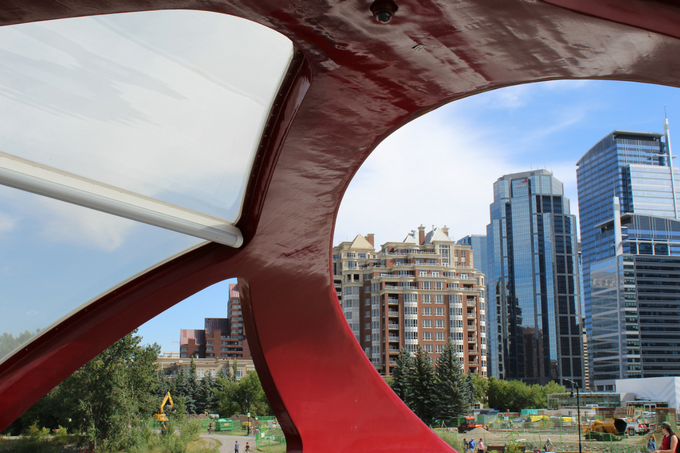 Calgary is a great town to just get outside and stretch your legs. The parks and trails are well maintained and a wonderful space to spend time with family and friends.

With Easter just around the corner I thought it wo

I’m incredibly blessed that in my job I have the

Anyone else out there love a good Butter Braid fun

Buy yourself the flowers. Light the ‘good’ ca

Anyone else super excited to see the Olympics back

Well we have reached the final posting of this “